“Women respond instinctively to strength. When a man stands up to a woman’s nonsense, she knows he can protect her from her worst enemy: herself.” From Alison Armstrong – September 15, 2010, interview. 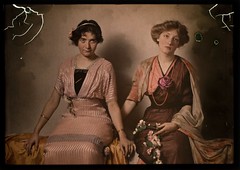 Men, did you get that? And this is from a woman—a woman who has created a successful business educating women about men. I know it’s counterintuitive to many of us to push back with our partner. We were taught to be sensitive, to listen to what they need, and provide it.

So you feel damned if you do, and damned if you don’t. Give her what she is asking for, and you’re a wimp. Push back, and suddenly you’re not listening. Alison is right. On one level she is testing you as a man. Do you have the balls to stand up in the face of her pain and anger? She’s not doing this in a deliberate or manipulative way. She’s just being a woman, and women have two deep-seated needs: to be heard, and to feel safe.

It sounds perverse that she would want you to push back to feel safe, but it’s true. If you stand up to her brow-beating or irrational behavior (and every aware, mature woman I know will readily admit that she is sometimes irrational), while making it clear that you hear her, you are telling her you are capable of keeping her safe.

This may not sound politically correct. But anecdotal evidence continues to prove to me it’s true. On a regular basis, men in our groups work up to telling their partners their feelings and wants, while holding their space. The men expect all hell to break loose. But more often than not, the woman melts.

I just love women. I love how our logical mind can’t figure them out. How they force us to be men. And I just love them.

Tell us your experience with this phenomenon – both men and women. Is this true for you?