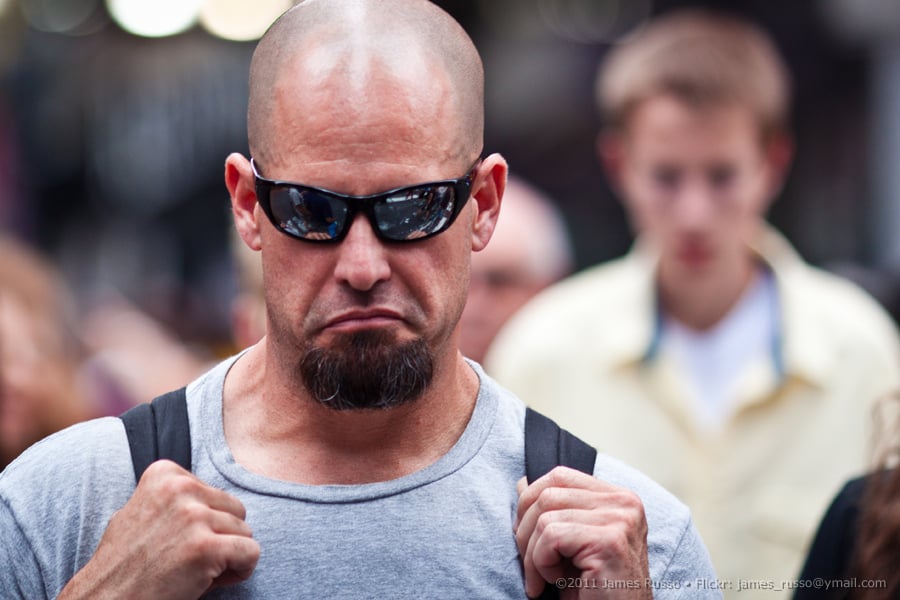 It’s not if, it’s when and how you will fight. Every relationship has conflicts. How you move through them can determine the joy in your relationship. And accepting that fights happen frees you to learn and heal from them.

While working on our conflicts, we get to complete incomplete experiences from our childhood. You need to remember that—your fight is not about the topic; it’s about the issue. I see men who never fought find their voice through expressing their anger. Their belief might have been, “If I get mad, my relationship will end.” My first fight with a partner taught me that wasn’t true.

Maybe you were the honeymooners who never fought, and now you fight all the time—sorry things evolved. Both of you, and your relationship, grew and now deeper personal issues are coming up. That is natural. And it’s a good thing to grow.

Our first response in a fight is to make it about the other person. We learned to be the victim to our circumstances. We learn to project our problems on to others, to blame our fate on others. We drop all pretenses, all the psychobabble to get real when we fight. Try not to let the pendulum swing too far in the direction of over expression, though. That’s common after spending much of your time trying to be “nice” when you’re actually pissed, hurt, or confused. Obviously, I’m not advocating being mean. I’m suggesting teaching ourselves to be more honest, without needing a fight to bring it out.

As a general trend, men get that women will “fight” as way to release and to get our attention. A woman will be getting mad and we won’t hear it. Then all of sudden she explodes. You are asking yourself, “Where did that come from?” Your logical mind can’t connect the dots. As we are off doing our thing, she is building up pressure, then that one finial thing happens and you have a woman experiencing a volcanic explosion that would put Vesuvius to shame. You feel like you passed through at time machine into another time and space because you didn’t see or identify the warning signs.

Both men and women lose it, of course. I’ve just found that, commonly, men don’t understand how women are irrationally emotional. Guys, it’s because of how they may have been raised: most women were taught to “be nice,” “don’t rock the boat,” and “get along with everyone.” That is unsustainable as adults, though. So women may hold it in, and hold it in, and hold it in, until they don’t. Until they can’t. And then they blow.

Men, conversely, often hold it in so long, they just shut down. As men, we probably never had models or teachers on how to express in a masculine manner. We never learned as men how to be fully emotional, except for a few men who rage. And that rage is less being emotional and more being a PTSD (Post Traumatic Stress Disorder) flashback.

Any relationship has the potential to help us unlearn limiting behaviors and learn a more effective behavior. As kids, we didn’t have a voice, so we created indirect ways to express to survive and to be loved.

We fall in love, and then one day we are fighting. It’s often during the fighting that we start to express the emotions that were never OK to express. In releasing those emotions, going deeper to what’s behind them, and allowing ourselves to be vulnerable, we start to grow up in ways we never could as a kid. Essentially, our relationships pick up where our families left off. Understanding that flights are our attempts to release old emotions and find our voice allows us to relax.

From surviving to succeeding

There are five stages to survival. Fighting is one of them. The five F’s:

This is not psychology—it’s physiology. We are hardwired to survive. This biology will supersede all other behaviors. Often fighting is your version of PTSD attempting to do what it needs to do to resolve itself; it must release and unwind. You don’t need to have the shift be through fighting. It can be allowing yourself to feel and express what is behind the urge to fight. Most people will need to learn to fight before they can learn to go deeper beyond fighting.

Setting boundaries and getting back what was taken is the right use of anger. From all the times as a kid when our no’s couldn’t be spoken or weren’t heard, that repressed “right use of anger” became resentment, frustration, and rage. When anger becomes the default means of emotional expression, the person is in a PTSD loop. More stress will send the man or woman into their coping behavior.

Give up the fight

The sooner you both realize the bigger picture and allow more emotional vulnerability when your body is saying fighting is the thing to do, the sooner you will have the relationship you want. Take a risk to express not in anger, but in openness, what you are feeling and wanting.

Create ground rules out of your shared values on how you will fight. Go for both people feeling safe and not hurt or shamed afterwards. Attempt to speak from your own experience when you are mad. For example, rather than blowing your stack at someone who was late, just state “When you didn’t call and was late for the third time this week I felt­­­­  .”

If you never expressed anger before, create an agreement that it is OK to do that. I can assure you if you aren’t expressing your anger, your partner to some extent is expressing your anger. You are likely being righteous about how you never get angry and he or she does. Drop that. There is a good chance if one of you were “more evolved,” it’s the person who can get angry.

Learn to speak the unspeakable. Both of you and your kids know there’s an elephant in the room. At least for the kids, get honest. Denial only lets the elephant grow bigger. If you need to, put the relationship at risk to be honest. In the vast majority of the situations, I’ve seen that honesty didn’t end the relationship; it saved it. The few times the relationships ended, the couple parted friends.

Support each other in surrendering to what is behind the fighting. It’s usually sadness and fear. Expressing those feelings and needs ends the fighting. If you need support, get it. For some it’s therapy. For others therapy hinders them. Realize that you are unlearning and learning huge behavior sets, and it will take time and patience. As you start forgiving yourself for what was never your fault, forgiving and loving your partner will be easy.

Take a risk; share this article with your partner. Create a plan to turn your fights into bouts of passion.

This post first appeared in The Good Man Project