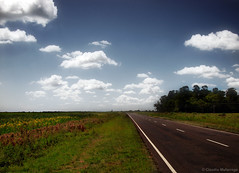 What drives you or your organization?

Four years ago, I started a men’s group in my town. I did it for many reasons, but mostly because I wanted one. When I started it, I knew that if we wanted to grow, we needed a goal bigger than just having a group meet once a week.

One goal was to heal the battle between men and women. At several points in our evolution, opportunities arose to integrate women into our processes. In every case, we met some resistance. Each time, we discussed the issue then moved past it. And every time, the results exceeded everyone’s expectations.

Building on that success, I suggested we show Alison Armstrong’s DVD series Understanding Women as a community offering.  We showed Part II of the three-part series last Friday night. Both the first and second showings brought in more than 100 people, and created a huge buzz. The DVD and our groups are the talk of the town. What is equally exciting is that, for the last month setting up for the series of showings, our groups had a new mission. Men who hadn’t participated in events before jumped in with new enthusiasm.

Creating a mission bigger than you or your group gives you a focus. You go from just letting life happen to making it happen. It is risky-you may fail – but you will always learn. This time we exceeded our goals. And we’re changing, having fun as we bring women and men together. It doesn’t get any better than that. Seth Godin puts it this way: Don’t choose your dreams based on what is certain to happen, choose them based on what’s likely to cause the change you want to occur around you.