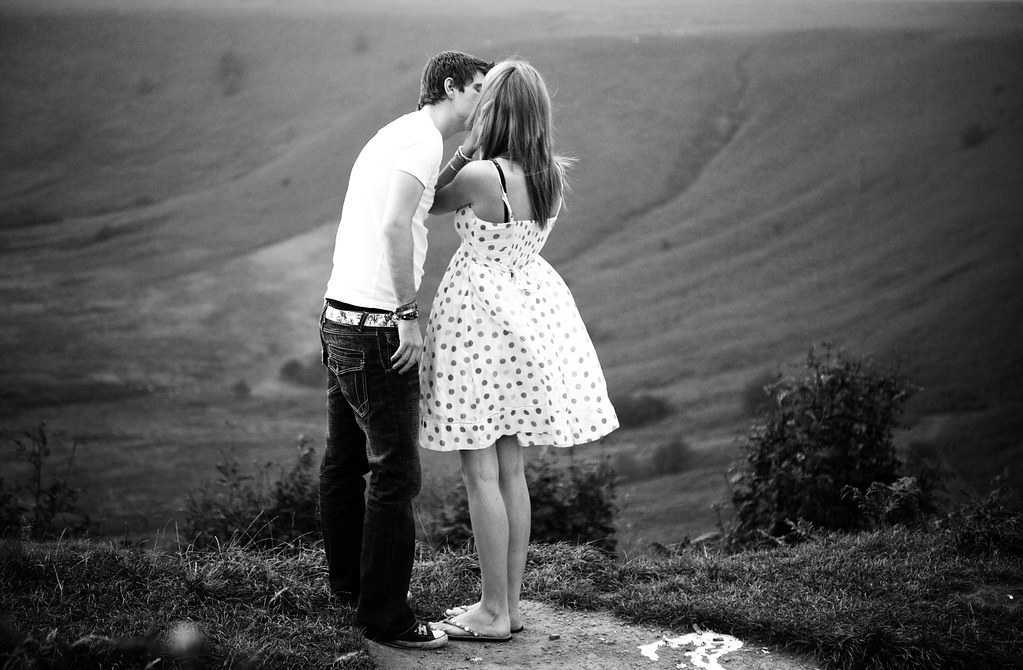 Now that we investigated the upside and downside of Bad Boys for men and women, let’s extract what works from this model of the masculine that fulfills what both men and women need. I’ve written how Manhood 2.0 is the evolving model of what it is to be a man today. This new man has the awareness and sensitivity of a modern man, and the sexual and emotional power of a Bad Boy.

Please realize that we all are learning, which means we will do things that later we may judge as mistakes. Don’t take this or anything I write as a set of rigid rules. At best they are guides to shortening your learning curve.

What might be considered appropriate behavior at 20 could be immature behavior at 40. So when I speak of maturity, see as a relative term.

A purpose orients and drives a man out of the immaturity of traditional Bad Boyhood. If you’re a young man, you may not have one yet. That’s ok. The real question is: is he doing what he needs to be doing to discover that purpose? For most men, until their late 20s or early 30s, life is about adventure, which could men exploring being a Bad Boy, hopefully with a growing consciousness of who he is.

David Deida does an excellent job describing how, for attraction and a successful relationship, a man and a woman need to be different. Bad Boys show us the power of being different from a woman. You can have that too, without the selfishness and immaturity of the traditional Bad Boy.

One way to do this is to communicate. I know that, for many men, the thought of real communication is terrifying. The instinct is to turn and run. Remember: your date or partner is not your therapist, so do both of you a favor and don’t make your emotional wellbeing the only topic of conversation.

Start by telling funny stories about yourself. We all love a man who is self-deprecating and laughs at himself. Start the energy moving by revealing something about yourself. It’s a subtle version of “you show me yours, I’ll show you mine,” but you this time lead off.

Taking action like a Bad Boy is a sure way to develop polarity. It also shows the woman you are safe and the space is safe. Most women would rather have you take imperfect action than wait for her to start.

Have a position about what you care about and express it. Be open and collaborate, but know what you feel and want – be willing to take a stance for it. A Bad Boy may take a position just to attract attention to himself. You do it because you care.

Be willing to disagree with her. Bad Boys do it all the time. You do it because you feel passion about what you are speaking about. A little disagreement can foster the polarity. She’s not nor is your relationship brittle. Remember how much directness a Bad Boy creates that ends up turning a woman on.

Don’t just spew out compliments. Nothing turns off a woman more than a shallow compliment. Before you say them, find a place in you that feels them. Then speak them. If it’s not true, find something to say that is. If there is nothing you can say that is a compliment, then either you shouldn’t be dating that woman or you need to start speaking your unspeakable to move some energy so you are back to feeling genuine compliments.

This is what Bad Boys do so well. You can do it too. Women love a man with a good sense of humor. Make sure it’s playful. DO NOT use teasing as a way to express your anger. That passive- aggressive behavior will quickly deteriorate any relationship. Find a quirk about her that she feels confident about and tease about it. Invite her to tease you.

Unlike a Bad Boy, go slow at starting a relationship, let the tension and polarity build. Do things together. Go out and play. Move the energy in ways other than sex. Many years ago a sex and relationship expert I trained with told me that women like to lock a man into a relationship with sex. I never thought about that until she mentioned that. We know men like to go for sex to get the release. Both of you go for deepening the relationship.

Don’t try impressing her with your things or what you do. Most women are turned off by that. Impress her with how you listen to her. How you  speak respectfully to her. If you are serious about creating a significant relationship, invest yourself into growing it, not into material items. If she wants only the material, that tells you something.

Once in a relationship go back out on fun, spontaneous dates. Bring that polarity back.

Stop caring so much

A Bad Boy acts like he doesn’t care. Feel how you care and just do what needs to be done. Stop focusing on what others feel, want or think. Focus on your experience in relationship with a woman and others. A man who escapes to always putting others first is a turn-off to women; no one likes a martyr.

Don’t ask for permission! Go for it like a Bad Boy—with awareness. Nothing turns off a woman more than a man who always asks. Take more imperfect action. Feel your feelings as you act. The more you do that, the less fear you will have. Be willing to screw up. Some of my biggest screw-ups led to some of the deepest, most intimate moments with women. I screwed up a lot.

One reason women love Bad Boys is that Bad Boys love chaos. Bad Boys don’t have a rigid plan. They know what they want and expect they will get it. Whatever comes to them, they spin in such a way to close the deal on what they want. Take a lesson out of the Bad Boy playbook: learn to dance with what happens in the moment.

Another form of chaos can develop when a man is transitioning to being a good Bad Boy. The fun, always-on and adventurous man is now more settled into being a man. Some of that transition is the nature maturation for men in their 20s. Some it may be the Bad Boy dying. Whatever it is, talk about it.

Talk about how both of you have changed. Grieve the loss of what you were singularly and as a couple. The more you can feel, own and then release it, the easier the transition will be for both of you. Realize that what is occurring is a good thing, although it might bring some temporary discomfort. See the process as a way to fall in love with a ” “new partner.” It’s a new relationship the two of you get to design.

Be wild. Create some chaos. Talk dirty to your lover. Push the  envelope. Take risks.

Don’t be politically correct. Speak to a woman as if you are speaking to an old, trusted friend. Again, all conversations don’t need to be therapy sessions. Just be real with your feelings, wants and thoughts.

Look her in the eyes when you speak to her. It’s ok to be nervous. If you accept it, she will have an easier time accepting it. You might want to state the obvious, “I’m nervous.” And move on to deepening the conversation.

Have your own back

Defend yourself by being vulnerable yourself. Rather than the façade of a Bad Boy, let your defense be who you are. Move from being a victim of life to the agent of change for your life. A Bad Boy doesn’t despair about what he’s not getting. He gets up and goes out to take a whack at it.

Have your own back by being healthy. Women are turned on by healthy men. You don’t need to be an Olympic athlete or a swim suit model. You do need to invest in your most important asset: your body.

Conclusion: leave the boy, be the man

Being bad never felt so good

The man who remains a Bad Boy is a man in arrested development. Growing up is easy and powerful when you adapt a few of the Bad Boy traits. Rather than escaping to behave like a Bad Boy, try on some of the behaviors as you observe what happens for you and others. Make the appropriate changes, integrating the evolved Bad Boy qualities that serve you. Experiment and have fun being a good Bad Boy. Behind every Bad Boy behavior are positive qualities leading to effective skills.

My book, Grow Up: A Man’s Guide to Masculine Emotional Intelligence lays out 9 steps to facilitate growing up. As the book points out, we adopt what later can be seen as limiting behavior because in the moment of stress or trauma, that behavior was the best choice. Bad Boy behaviors were adaptations to tough circumstances. What makes growing out of many of the Bad Boy traits difficult is that some of these traits are admired. In spite of others appreciating them, you get to a place where they are self-limiting.

Leave the boy, keep the passion. If you were a Bad Boy, grieve the apparent loss of freedom from being hyper-independent, or admit that you wish your were a Bad Boy. Create a purpose beyond rebelling. Being a perpetual adolescent gets old;let go of it. Being angry at those that want things from you or require you to grow up gets old; let go of it.

If I could let go of the benefits of being a Bad Boy and let go of the mask of being a nice sensitive man to grow up to be more real, so can you. You don’t need to walk away from all the adaptive behaviors you learned. You just need to address what were they concealing. When you can accept what  wasn’t ok to accept during the stress or trauma, you retain the positive attributes of a trait with none of the negative attributes. You become a good Bad Boy and a powerful sensitive man.

You don’t need to be anyone else’s boy.  Be your own man. Leave the rebellion, keep the independence. Be sovereign – be your own man.

Photo by .craig via Compfight