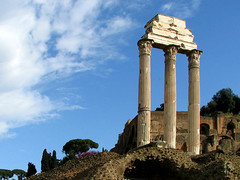 Are you happy? Our culture focuses on doing and having—and for many people, that’s not working anymore. You were told that working hard to acquire things would generate happiness. Where did it get you?

The thread of connection

The natural process of maturing takes you through the continuum of being, doing and then having. As a baby, you weren’t doing much, nor did you have anything. As a child, you were focused on just being; children’s play is unproductive action. But once you begin wanting, your actions become productive.  Now you have goals. A kid wants to be better at baseball, so she practices. Another wants to swim better, so he literally gets in over his head. It’s all part of the process.

Alison Armstrong lays this maturation out for men as the process of going from a page, to a knight, to a prince, then to a king. Women often travel analogous paths to having. The failures and successes of a stage are the foundation for the next stage.

Do you feel a little out of sync? Like you can’t even remember how to just “be”? An easy way to get your life back is to do less and feel more. I’m not talking about wallowing in the past, reliving old hurts over and over; self-pity is non-productive. By feeling more, I mean releasing old emotions that you never had a chance to experience at the time. Were you ever, for instance, fired unfairly? You may have felt hurt, angry, embarrassed, misunderstood, or victimized by office politics. But at the time, all you could do was put all that aside and focus on finding a new job—while maybe holding on to a little bitterness.

So go back, and really feel all those emotions. Walk through the sadness, fear, shame, or outrage at the injustice. It will set you free. Focusing on being the victim of your circumstances can evolve into narcissistic self-indulgence, so experience whatever you didn’t have a chance to feel at the time. Release those imprisoned emotions.

Why is this important? Because those pent-up emotions didn’t go away. After a while, these imprisoned emotions start a prison riot. Rarely is the riot overt; rather than burn down the prison, they will plug up the sewer. Things will literally back up and spill over. This is called self-sabotage. Have you ever flown into a rage over something that seemed inconsequential? Or been deeply hurt by a comment that you knew, rationally, was not meant to hurt you? Those events are triggering something, some unexpressed emotion from a past hurt. It’s like the 3-yr-old who has a meltdown because she’s got the wrong color crayon; it’s not about the crayon, it’s about some hurt she wasn’t given a chance to fully process at the time.

So often, when you are focused on a goal, you kind of tell your emotions you’ll get back to them when you have time. When you slow down, and really learn to “be” again, these emotions start being heard. Now you have an opportunity to keep that promise to yourself: go back and feel what you couldn’t deal with when you were too busy. Feeling your emotions doesn’t mean you are doing nothing, it means you value your emotions as much as you value working.

This is no different from an athlete going back to the basics to improve her game. From learning to feel and process again, eventually you’ll learn a skill set for achieving that incorporates your emotions. How would it feel to experience true joy in your work? Can you imagine those pent-up emotions as fuel? What if your emotions are available are resources? As the passion that launches you into that new endeavor that allows your emotions and your capacity to be.

Crisis is an opportunity. It can be your chance to reorient yourself so that the pleasures and innocence of youth are now your allies. We all know people who acquired success… only to feel unfulfilled. It’s a classic story.

What was missing from the kingdom they built?  THEY WERE. They had everything they ever wanted, but weren’t fully present to enjoy them. Somewhere along the journey to success, the kid who was having fun checked out.

If your kid was left behind, go back and get him or her. Slow down and be with yourself so you can feel your emotions. This path—back, then forward—to a place of full integration is the same journey I call the Evolutionary Change™.

Being to create the life you want is a powerful and sustainable way to create. My friend Chris uses be, do, have as her mantra. She’ll tell you it’s not what we were taught, but it can be learned.